Male
v · e
Zechs Vander (ゼクス・ヴァンダール), also known as One-Eyed Zechs (《》のゼクス), is the lieutenant general of the 3rd Armored Division stationed at the Zender Gate in the Nord Highlands.

Zechs is a middle-aged man with dark brown hair and a trimmed moustache. He has brown eyes, one of which is covered by an eyepatch. Zechs wears the uniform of an officer of the Imperial Army of Erebonia, a purple and black long coat with gold epaulettes and trim. with a short cape. he also wears black trousers and brown boots. Zechs uses a sword in battle.

Zechs is very honourable and has a strong sense of justice and responsibility, one that has put him at odds with Giliath Osborne on one occasion. He takes his duties very seriously, but is willing to fight for his beliefs if the situation demands it.

Zechs is a member of the Vander family, using their style of swordsmanship, and holds the title of Baron.[1]

Lieutenant General Zechs had been a critical part of the military chain of command since the Hamel Tragedy in S.1192. Employed in a subsection of the military command, he was in no position to oppose them. Nonetheless, he still feels ashamed for what happened.

In S.1195 he took Prince Olivert Reise Arnor under his wing and taught him everything he knew.

He and his 3rd Armored Division originally served in Parm, Sutherland Province, from which he was ordered to investigate the appearance of the Liber Ark after the Orbal Shutdown Phenomenon caused orbments across the southern marches of Erebonia to cease functioning. He was stopped outside the Haken Gate by General Morgan, who saw the arrival of the the division as a threat to Liberl.

Royal princess Klaudia von Auslese showed up from behind General Morgan to ask Zechs to reconsider his actions, who in turn was relieved from the negotiation by Imperial prince Olivert Reise Arnor. Olivert commanded him to return to his post. Zechs tried to oppose him, but Olivert and his guardian, Zech's nephew Mueller, confronted him that he had learnt the truth of the Hamel Tragedy and that Chancellor Osborne was collaborating with Ouroboros. Zechs agreed to pull back from Liberl, but warned Olivert that his division was merely the vanguard whilst Osborne prepared another ten armored divisions in Heimdallr.

As a result of disobeying Osborne's order, Zechs and his division were moved to Zender Gate in northern Erebonia, which oversaw the Nord Highlands. He was tasked with overseeing the highlands for a potential Republican invasion, as they too had also built a base in the area. A watchtower was erected in the highlands to watch the base from afar.

During this time, he met Gaius Worzel, one of the nomadic peoples, and got along well with him. He was impressed with his skill with a spear and gave him a recommendation to Thors Military Academy.

Gaius would later return during a field study to Nord, who Zechs greeted warmly upon learning of his arrival. He then introduced himself to his classmates and informed them about what they would do as part of their studies. Upon learning that the watchtower was attacked by what was believed to be Republic forces, Zechs immediately mobilized his division for war. Gaius convinced him to put those plans on hold; due to this, they were able to discover a third party that had attacked the watchtower and the base. He was still concerned about war until Lechter appeared, upon which he recalled his division, confident that he and Osborne could avert war, even if only temporarily.

During the civil war, Zechs and his men were struggling to fight off the Noble Alliance, as they were cut off from the rest of the country due to an orbal jamming device blocking their communications. With Class VII's help, he was able to regain control of the situation.

While preparing for the inevitable war with Calvard, Zechs was contacted by Victor S. Arseid to assist at Orchis Tower. Alongside Aurier and Mueller, they destroyed a Leviathan unit before preparing to fight McBurn. Fortunately the fight was averted as McBurn decided to leave out of respect for the Arseid family.

With conclusion of the war, Zechs and his division were sent across Erebonia to aid in the post-war effort, leaving Zender Gate to the hands of Dalton and the 23rd Armored Division. 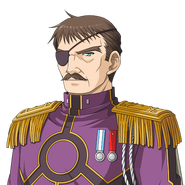 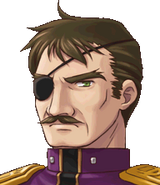 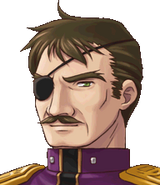 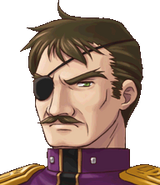 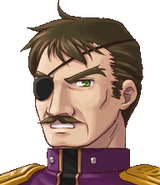 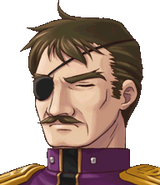 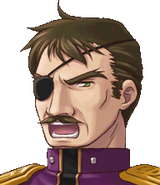 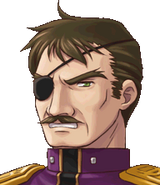